At the Guild: Until… when?

At the P’s & Q’s Guild, there were the beginnings of an underground movement, muttered words included ‘finish, UFO, never done Show & Tell before’, which became a common theme.

Here’s me thinking I had a corner of the ‘this year I’m going to …’, instead I’m becoming a groupie!

My ‘no matter how small or large, old or new’ improving my UFO finish rate and not starting anything new (unless something was already in my stash- that’s the quilter’s out clause!), was quickly old hat – at least until my resolve was challenged by a “I’ll give you until June!”

Yay! Another UFO done, but DH sprukes ‘When it’s finished, find somewhere else for it – not here. 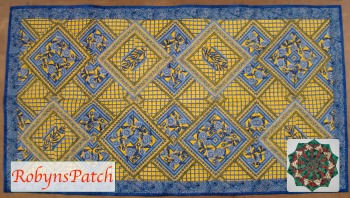 This UFO was an ‘ugly’ piece of fabric where I experimented with fussy ‘kaleidoscope’ piecing, whilst at an early step along the patchwork path. The fabric background had a checkerboard pattern – that does not line up when rejoined, so a bit of appliqué helped cover some of it over. All that needed doing was the binding. So another ‘sunscreen’ quilt for the car!

Meanwhile amongst the PP’s 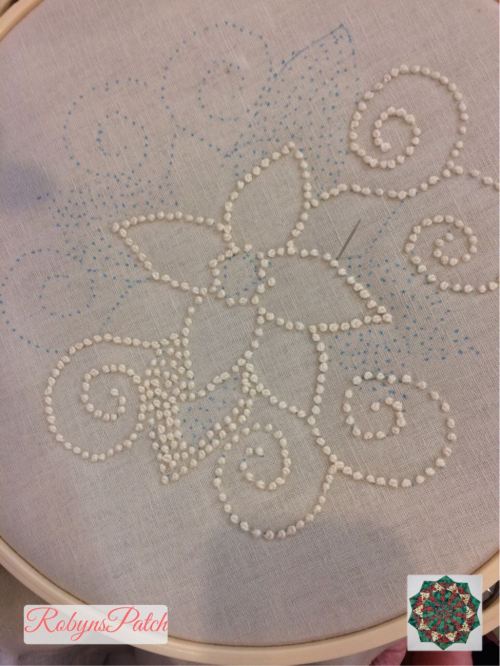 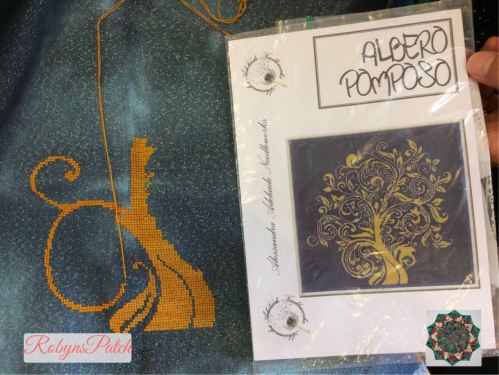 Carolyn’s expertise showed as she added to her cross stitch with subtlety shaded silk thread. 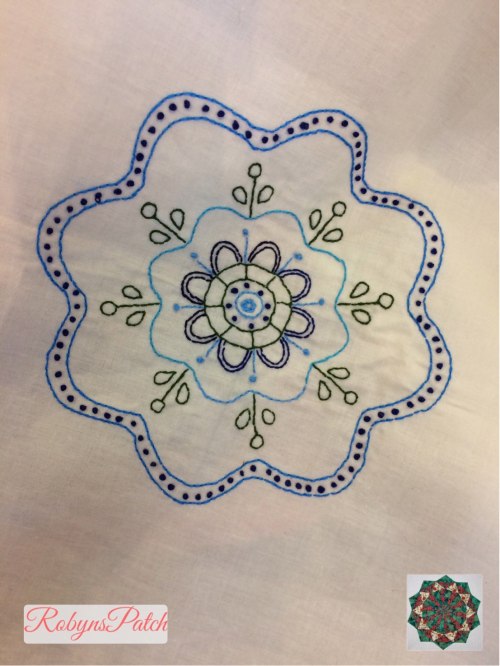 Sue C – our stitchery expert – shows how it’s done with another completed block.

And I’m still working on that UFO … ‘Affairs of the Heart’, adding the embroidery while at Guild meetings – and no, it will not get finished this year! 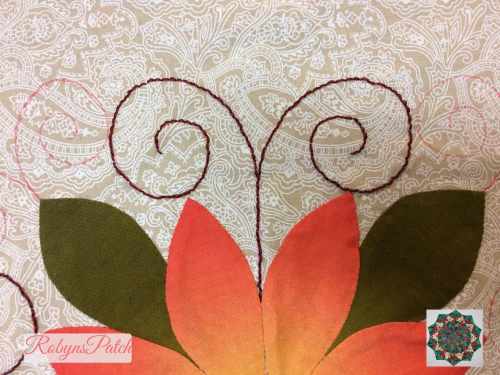 But that’s another story.

Comments Off on At the Guild: Until… when?

At the Guild: Intruders beware!

At the Patchworkers and Quilters Guild (P’s & Q’s) this month, the guest speaker was not a patchworker, but a policeman! His talk focused on ways to stay safe in the home and while in the car. How dare any intruder … Continue reading →

Comments Off on At the Guild: Intruders beware!
Gallery

At the Guild: Elements of Nature

Recently at one of my guilds – the Patchworkers and Quilters Guild (Ps & Qs), members made small quilts as part of a display at the annual Victorian Quilter’s Showcase, held at the end of July at ‘Jeff’s Shed’ (Melbourne … Continue reading →

Comments Off on At the Guild: Elements of Nature
Loading Comments...